English Great speeches and scenes in the movie 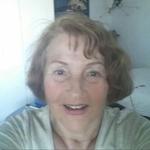 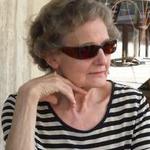 Re: Great speeches and scenes in the movie
geschrieben von Tina03 5. Juli 2017 um 13:21 Uhr
als Antwort auf yoli vom 05.07.2017, 12:08:24
Hi yoli,
sorry, but I have a problem with videos - no sound system in my monitor and no space for seperate loudspeakers, i.e. I can't enjoy or contrubute to this part of the thread.
Antworten Zitieren we need some input here :-)


"A man needs a little madness, or else... he never dares cut the rope and be free." ~ Zorba

This is one of my favorite scene from the movie Zorba the Greek starring Anthony Quinn and Alan Bates. A movie based on a novel written by the Greek author Nikos Kazantzakis, first published in 1946.

this is the "Tears in rain monologue" delivered by character Roy Batty (portrayed by Rutger Hauer) in the 1982 film Blade Runner. Written by David Peoples and altered by Hauer from the scripted lines  just the night before filming, the monologue is frequently quoted--- critic Mark Rowlands described it as "perhaps the most moving death soliloquy in cinematic history"

"I've seen things you people wouldn't believe.  Attack ships on fire off the shoulder of Orion. I watched c-beams glitter in the dark near the Tannhäuser Gate. All those moments will be lost in time, like tears in rain. Time to die."

"Do you want to see the most beautiful thing I ever filmed? It was one of those days when it's a minute away from snowing. And there's this electricity in the air, you can almost hear it, right? And this bag was just... dancing with me ... like a little kid begging me to play with it. For fifteen minutes. That's the day I realized that there was this entire life behind things, and this incredibly benevolent force that wanted me to know there was no reason to be afraid. Ever. Video is a poor excuse, I know. But it helps me remember ... I need to remember... Sometimes there's so much beauty in the world ... I feel like I can't take it... and my heart is just going to cave in."

Anthony Queen Film i love it..just feel the fredom! But there is one sentence I do not understand..it goes somehow like this..hey boy, did you ever see the border….disgust..
Can someone help.
Greetings out of the isolation
Yo
Geändert von yoli 25. März 2020 um 13:44 Uhr
Antworten Zitieren
Anzeige I understand: Hey boss, did you ever see a more splendiferous ....
Regards, Federstrich

Zorba's elaborate contraption to transport timber down the hill is complete. A festive ceremony, including lamb on a spit, is held, and all the villagers turn out. After a blessing from the priests, Zorba signals the start by firing a rifle in the air. A log comes hurtling down the zip line at a worrying pace, destroying the log itself and slightly damaging part of the contraption. Zorba remains unconcerned and gives orders for a second log. This one also speeds down and shoots straight into the sea. By now the villagers and priests have grown fearful and head for cover. Zorba remains unfazed and orders a third log, which accelerates downhill with such violence that it dislodges the entire contraption, destroying everything. The villagers flee, leaving Basil and Zorba behind...

After this, Basil and Zorba sit by the shore to eat roasted lamb for lunch.
To appease Basil, he laughs and says: Wasn't it a splendiferous breakdown
Then Zorba pretends to tell the future from the lamb shank, saying that he foresees a great journey to a big city.
He then asks Basil directly when he plans to leave, and Basil replies that he will leave in a few days. Zorba declares his sadness about Basil's imminent departure to England and tells Basil that he is missing madness. Basil asks Zorba to teach him to dance. Zorba teaches him the sirtaki and Basil begins to laugh hysterically at the catastrophic outcome. The story ends with both men enthusiastically dancing the sirtaki on the beach.

BTW the Sirtaki is not realy a greek folk dance - after the movie it became one :-9
Anthony Quinn could not dance, so this easy choreography was made especially for him and to promote the movie and they called it Sirtaki ..

On the end of this video you can see this " splendiferous breakdown" ...

yes Fedi, now I hear it understand it too! Thank you