In 2015 Bill gates predicted that we are not prepared for the next outbreak of an epidemic
geschrieben von Karl 21. März 2020 um 13:53 Uhr

Hopefully the Corona-lesson will teach the world to get ready for the next epidemic after Corona. 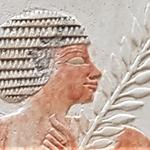 The Bill & Melinda Gates Foundation and CureVac today announced that the foundation has made a commitment to invest $52 million (€46 million) in CureVac, a leading clinical-stage biopharmaceutical company specializing in mRNA-based vaccine technologies.

I'm not sure if Bill and Melinda have contributed to these findings of a virus pathogenesis, or even can understand. Quite interesting and colourful, but a nasty complexity ! Thieme has - at the occasion - 'opened' its books : Thieme 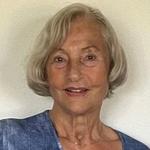 
Interesting!
I tend to believe Bill Gates- What he said is understandable!  Why do people find him amusing?
Anyone else listened to his words?
Thank you Karl. You often find us interesting articles!