Themenübersicht Neuen Beitrag erstellen
English jokes
geschrieben von ehemaliges Mitglied 2. August 2010 um 14:22 Uhr
We have been asked to have normal conversation in English. Let us have a trial. Why not telling jokes in English first?

What happens, when the Sahara desert is taken over by socialists? Initially nothing happens, then people will run short of sand. 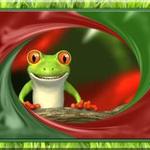 I will start with a computer joke. 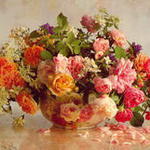 Yes, why not telling English jokes? Yours is not bad!

Mutzelchen has written this joke already before, I remember.

Nevertheless, this little joke is one of the nicest jokes I know.

Girl: When we get married, I want to share all your worries, troubles and lighten your burden.

Boy: It's very kind of you, darling, but I don't have any worries or troubles.

Girl: Well that's because we aren't married yet.


Have a nice evening.
Elizabeth

A city-slicker New York lawyer gets stopped in Texas by a small town Sheriff for not coming to a
complete halt at a Stop Sign.

He decides that he is so much smarter than a small town Texas Sheriff could ever be - and decides to
talk himself out of a traffic ticket. He's a New York City Lawyer, after all, how hard could this
possibly be?

So when the Sheriff walks up to his car the lawyer says: What did I do wrong, Officer?

The sheriff says: You did not come to a complete stop at that there Stop Sign back there.

The N.Y. lawyer says: well, no, I didn't! But I slowed down and I could see there was no car coming, so why should I stop completely?

Sheriff looks at the lawyer and tells him: "'Cause the law says so!"

The lawyer thinks this is going to be an easy one, and tells the Sheriff: "Well, if you can
show me the difference between slowing down and coming to a complete stop, I will take your ticket
and pay it - but if you can't explain it to me, I will see you in court!"

The small-town Texas Sheriff contemplates this for a minute and finally
says: Ok, Sir, I think I can explain the difference to you. Step out of your car, please, Sir"

The city-slicker New York Lawyer gets out of his car and is immediately hit by the Sheriff's nightstick.
The Sheriff then procedes to beat the stuffing out of the lawyer and after a few punches he says:

"Now, Sir, would you want me to come to a complete stop - or just slow down?"

Why is a Parkway a street you drive on, but a Driveway is where you park your car?

Re: English jokes
geschrieben von siegfried46 3. August 2010 um 20:18 Uhr
als Antwort auf navallo vom 03.08.2010, 18:50:29
Mulla Nasrudin's mother, worrying about her son's safety, said to him: "Didn't I say you should not let that girl come over to your room last night? You know how things like that worry me." "But I didn't invite her to my room", said Nasrudin. "I went over to her room. NOW YOU CAN LET HER MOTHER DO THE WORRYING"
Gefällt 2 Mal
Antworten Zitieren

that is precisely how my son thinks...go figure!!!!!!
Antworten Zitieren

Little Red Riding Hood walks through the woods and sees the big bad wolf peaking out from behind a bush.

She approaches the wolf and says: Hiiii, big bad wolf how are you?

The wolf stares at Little Red Riding Hood and runs off.

After a while she spots the ears of the Big Bad Wolf behind a fallen tree trunk and happily she greets
him again: Hiiiiiiii, big bad wolf, why did you run off??????

Wolf stares at the child and runs off again.

Little Red Riding Hood continues on her journy and talks to herself: what is up with that Wolf????
He's weird......

And there she sees him again!! This time he is crouching down in high grass in a clearing in the woods.

Happily she runs toward the Wolf: Hiiiiiiiiii big bad wolf, please don't be afraid of me......